Garrett Zuercher
The theme was Film Noir and each play had to include, A) a double-cross, B) the line, "It's curtains for you, see?", and C) the Do It Yourself Noir Kit that Amios provided, which included a fedora, a trenchcoat, a revolver, and a pack of cigarettes.

For this, my third time around, I just couldn't find any inspiration and, in the allotted two weeks that I had to write it, spent the majority of my time attempting to come up with ideas, to no avail. I knew I wanted to do a serial play, meaning a five-part play that would go in between all the other short plays, each scene approximately a minute long. For the life of me, though, I just couldn't think of what to write. Then, early one morning, under the gun, I wrote this in an hour or two. Nothing like pressure and a deadline to help you get the job done.

I wanted to play with tropes and gender, so the story itself is about a gorgeous femme fatale who is actually the private investigator-ess. The catch is that the character is a man in a dress, but played by a woman in a fedora. The suspect, who also turns out to be the victim, is the narrator. He...or she...is a woman in a suit, but played by a man. Word play abounds in this witty comedy of errors, words, and questionable identities.

The talented Franny Civitano and Logan Ford were my actors, directed by the wonderful Richard Aven, who also helmed THE SILENTS, my prior outing with Shotz. 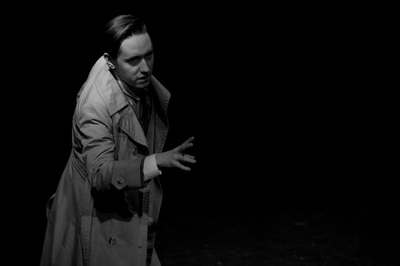 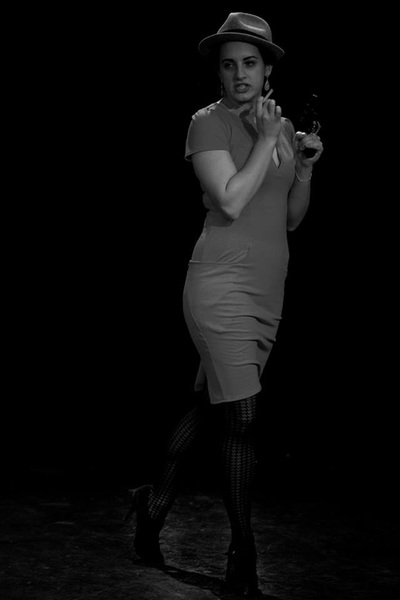 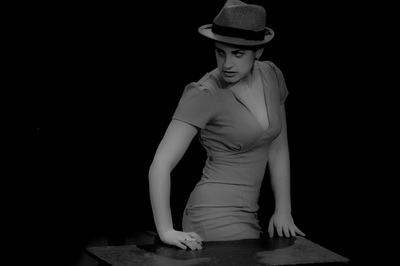 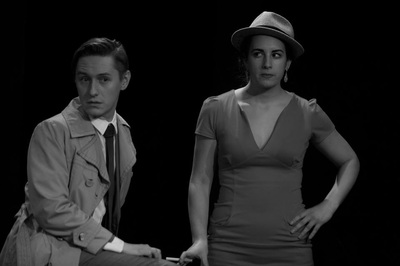 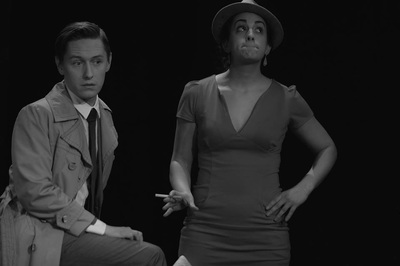 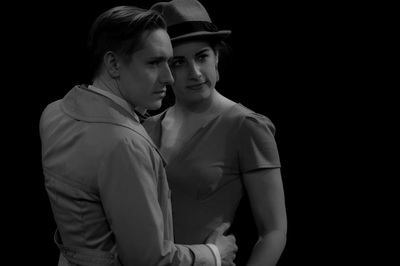 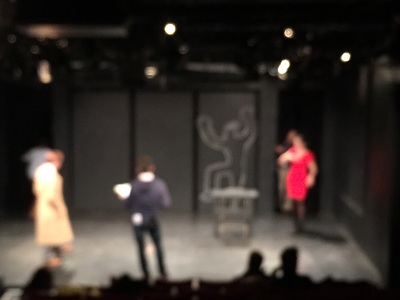 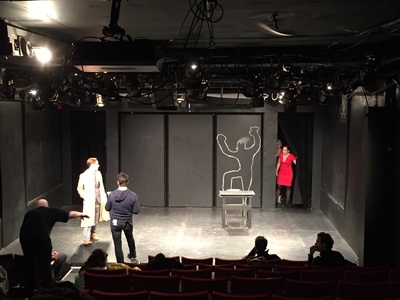 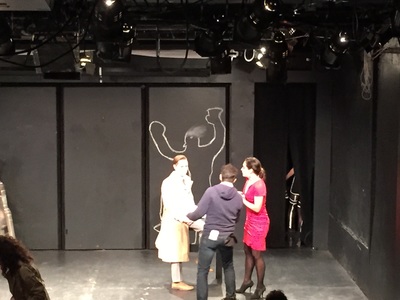