Garrett Zuercher
In the spring of 2010, I was commissioned by the National Theatre of the Deaf (NTD) in collaboration with the Old State House museum of Hartford, Connecticut to write a historical play about the founding of the American School for the Deaf (ASD), the first such institution in the United States. Upon arriving to meet with them, I was presented with a huge stack of research and original documents from the archives of both institutions. Over the next few months, I pored over everything you could imagine, from Laurent Clerc's original journal to newspaper clippings and legal briefs, distilling this ridiculous wealth of material into a complete play. What made it even more challenging was the language use, six languages in all: spoken English, spoken French, modern American Sign Language, sign language as it was in the 1800's, French Sign Language, and British Sign Language. We first had a two-week long workshop at the Eugene O'Neill Center in New London in May before the full production was mounted the following October at the Old State House. Since many of the original events that led to the founding of this school transpired at or near where this play was performed, it added a special level of meaning. We could almost feel the ghosts of the people whose stories we were attempting to tell, they most certainly had walked the same floors we were performing on! During the day, we basically had full run of the entire museum and, for a history buff like me, it was heaven. The room where we performed in is where the Amistead trial was held in 1839 and hanging upstairs was one of the original Lansdowne portraits of George Washington painted by Gilbert Stuart. I mean, come on! No wonder I loved to wander the building during breaks just to see what I could find. The real kicker was the Joseph Steward's Cabinet of Curiosities founded in 1797 that included things such as an alligator hanging from the ceiling and a two-headed calf. Creepy. The cast included Jordan Lane Shappell as Gallaudet, Rocco Arrigo as Dr. Cogswell, Jenilee Simons Marques as Alice Cogswell, Ian Sanborn as Laurent Clerc, and Craig Fogel as - basically - everyone else. To provide equal access to deaf and hearing audiences, we had shadow interpretation by Claudia Liolios and Janiece Brotton that was integrated seamlessly into the blocking. Not only did this play help me connect more deeply to my own heritage, I had the time of my life working with this cast. I don't think I've ever been closer to a cast as a director than I was with this one, which was helped by the fact that we were all staying in the same hotel. We'd wake up, eat breakfast together, go to rehearsal, come home, eat dinner together, and rehearse lines and drink pumpkin beer until the wee hours of the morning. The next day, we did it all over again, and again, and again. All in all, this play serves as one of my proudest and fondest accomplishments to date as both a playwright and a director. It really was a beautiful show and a wonderful group of people. 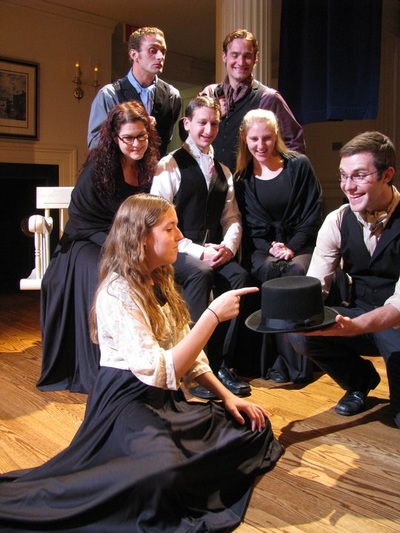 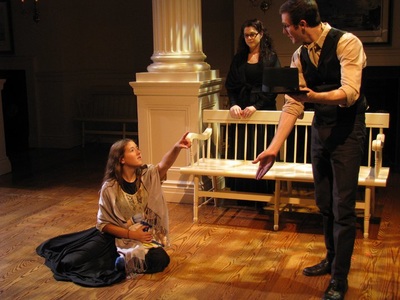 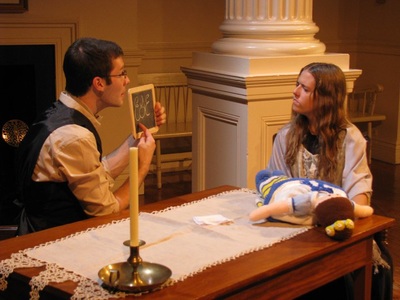 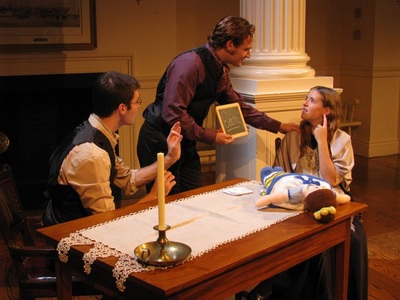 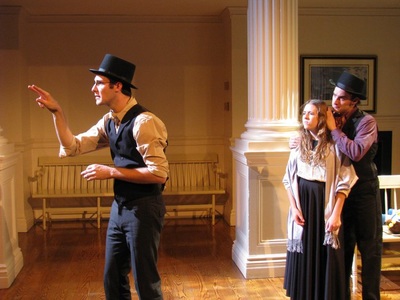 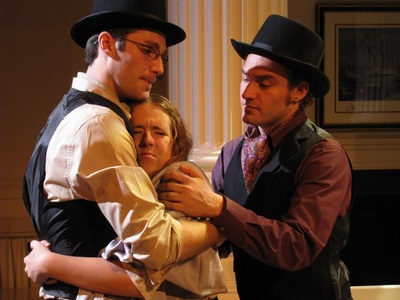 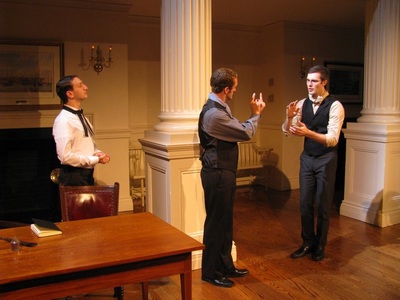 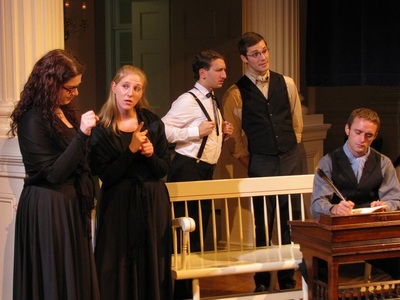 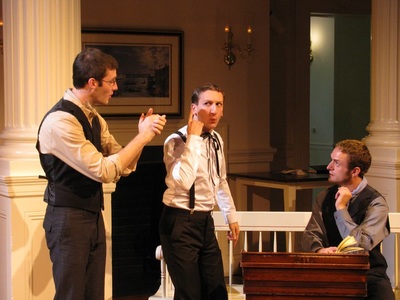 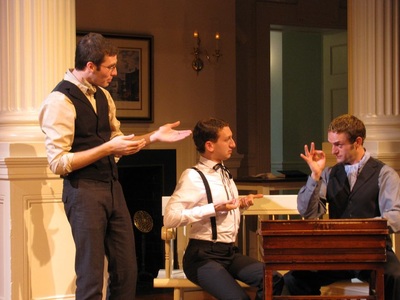 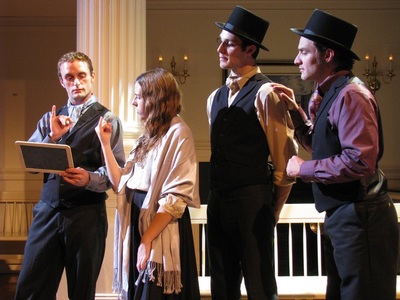 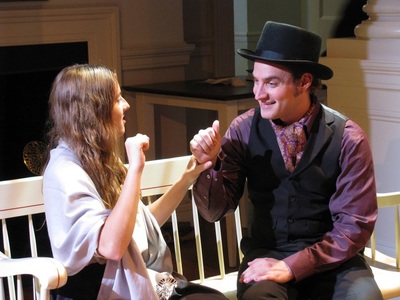 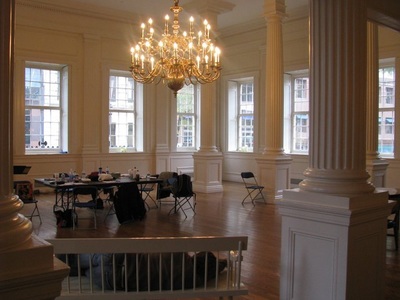 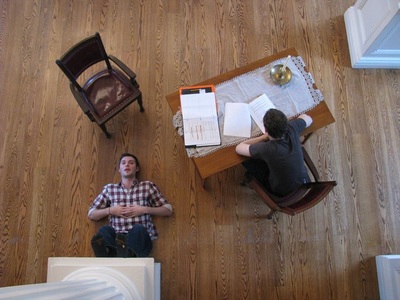 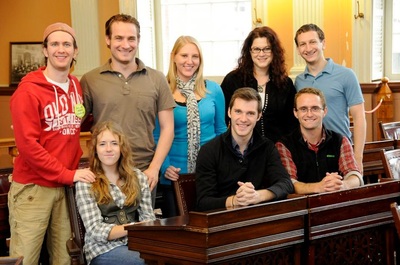 I apologize in advance for the quality of the following videos. These are basically bootlegs taken by me from the back of the house during a performance. Sadly, this production was never officially recorded, something I truly bemoan.

This, the first video, demonstrates how the shadow interpreting was incorporated into the blocking. This scene took forever due to its intricate movements. Watch the brunette (Claudia Liolios) - you wouldn't know it, but she's deaf. She memorized the entirety of the lines she had to interpret, an astounding feat. She was so spot-on that most audience members were stunned when they found out she can't hear a thing. She wasn't just Gallaudet's interpreter, she was a physical extension of him.
This second video shows how we incorporated French Sign Language into the play and also how we alternated between voice and sign in performance through the use of the shadow interpreters.
This final video from the end of the play shows how skilled the actor playing Thomas Gallaudet (Jordan Lane Shappell) was at ASL, which is especially impressive considering he knew absolutely nothing on the first day of rehearsal. I've never seen an actor pick it up that quickly.